Greetings from the very, snowy North! Odd and intense winter up here but things are clipping along for the Waterloo Warbirds, with routine winter maintenance, Mako re-assembly and an interesting 2019 season being planned!

2018 was a very successful year with a variety of air shows attended and a significant number of passengers receiving the rides of their lives. The Waterloo Warbirds team process ensures consistent, high quality flying experiences and the passenger feedback was tremendous. Our fleet covered a wide range of events, including stops in St. Thomas, Wasaga Beach, Hamilton, Niagara Falls New York, Brantford, Gatineau Quebec and Scranton Pennsylvania. The interaction with members of the public was terrific and if I had a nickel for every photo taken of our jets, I would be a wealthy man. Some very talented photographers took terrific photos of our crew members and our jets; you only have to Google our jet types and tail number to see some awe- inspiring work.

Punctuating our flying year was a visit by B-29 Superfortress FiFi, who drew a large crowd every day of her mid-week visit. Our “Stories From My Logbook” series of pilot interviews has been very well received. This thrilling series of experiences cover Canadian pilots flying a wide variety of aircraft, both in Canada and abroad and their anecdotes and stories are marvelous. We are building an opportunity to view these interviews at your leisure! Stay tuned for details.

Coming in 2019, we, as a group, will be moving our offices here at YKF, from Hanger 51 to Hanger 33, much nearer to the flight line, optimizing the passenger experience yet another level and providing a larger space for our team. Our website is also new, having been re-invented in December. It is much more user-friendly for members and contains significantly updated information on our fleet of jets. I encourage you to surf through the new site and get to know more about the history of our aircraft. This is a ‘living’ area, as more information will be added when more details about the interesting journey of the members of our fleet are learned. Each aircraft has been updated and your feedback is welcome! 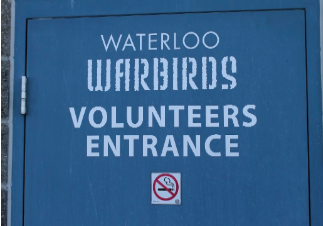 T-33 Mako Shark
2018 was a very interesting year for our fleet ‘shark’. Our T-33 began the year by attending events in Niagara Falls, New York, and Hamilton. She was present for the Canadian Business Aviation Association National Convention, held in mid-2018 here at YKF. During that event, our T-33 met up with one of the aviation technicians who was involved in overhauling her in the early 1990’s at Kelowna Flightcraft, while she was still in service with the Canadian Air Force. He had some very choice comments about the difficulty of working with the hydraulic lines in her wings. Like any fine lady, she does have her particular charms!

Last year was setting up to be a banner year for flights in the Mako Shark, when in late August an incident occurred on the ground that caused damage and curtailed the remainder of her flying season. The good news is that because her airframe is so sturdy and in excellent condition, repairs have been made and she is in the process of being re-assembled as of this writing. Annual maintenance is also being performed so that she will be ready for her season-opener passenger experience in April. With her distinctive and unique looks and a little known story to her markings, our Mako Shark is very popular wherever she goes; and we look forward to sharing her with many passengers and viewers this year! 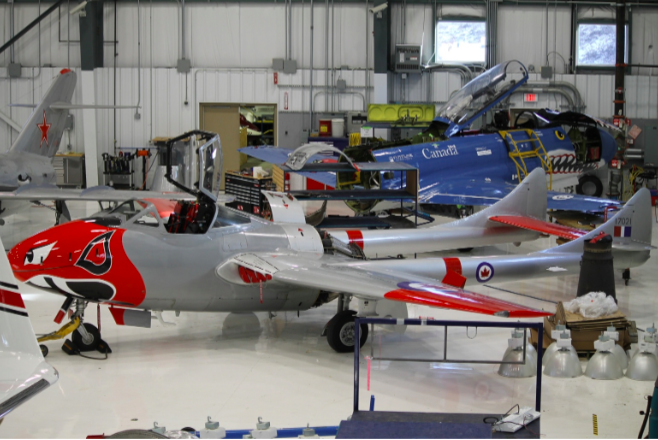 Vampire and Mako in disassembly for winter maintenance.

Vampire
Once our Vampire was re-skinned in early 2018, she became the long-distance queen of our fleet last year. Her first flight after the lengthy process of removing and replacing the fabric covering her fuselage was in early June, followed almost immediately by a flight to Niagara Falls, New York (with the T-33) to the Thunder of Niagara Air Show. Once recovered, our girl received a striking new scheme, with a large vampire face placed on her, in homage to the 442 City of Vancouver Squadron Vampires in service in the early 1950’s. This colourful and historically accurate ‘face’ (although with a few liberties taken), was very popular with old and young alike-adults who wanted to know all about her and kids who wanted to get their photos taken beside her toothy grin. Attention to her continued at events in Hamilton, St. Thomas, Brantford, Gatineau Quebec, and Scranton, Pennsylvania. While being showered with attention was routine, she also earned her keep, carrying a variety of passengers during the flying season and performing flyovers of the Wilfrid Laurier University Homecoming football game in Waterloo in September. November brought a heartfelt flight over a variety of area Cenotaphs for Remembrance Day. Our Vampire earned a much-deserved respite over the Winter and is currently undergoing maintenance to have her up and running in fine shape for our 2019 season.

L-29 Viper
Our Aero L-29 Delfin was the workhorse of the fleet in 2018. Powered by the upgraded Rolls-Royce Viper engine, this girl has sneaky fast power, combined with a rock-solid airframe and is a delight to fly, in the smooth and capable hands of her pilot Richard Cooper. In June Richard took the L-29 to participate in the Heroes Festival in Wasaga Beach, which included a fine air show. In September our L-29 led a two-ship flyover (with the Vampire), of the WLU Homecoming game, creasing the field three times and thrilling the crowd below. In between those months, a variety of passengers made their introduction to high-speed flight
maneuvers over a very successful flying season as this bird was the passenger leader of the fleet in 2018. As with the other jets, our L-29 is now in the midst of routine Winter maintenance and will be ready to go in the Spring!

MiG-15
2018 was an especially significant year for our MiG-15, as she made it back into the skies after several years of being static. She is now equipped with a modified T-33 hydraulic brake system – a vast improvement over the original brakes – which faded quickly and caused her to be limited to airports with long runways. The new system is the first of its kind on a MiG-15 and will allow her to go to places that would have previously been impossible, leading to some endless possibilities for future flying seasons. She took to the air late in 2018 and pilot Richard was very satisfied with the modifications completed by the talented Aviation Mechanical Engineers of Flite Line Services, a major sponsor, at our airport. ‘Natasha’ is ready to go, and we look forward to having passengers thrilled by her power and agility in 2019. It is an absolute once-in-a-lifetime experience to go for a ride in what was the first-generation front-line fighter jet of the USSR and other Soviet-bloc allies in the 1950’s and there are a variety of passengers already lined up. It is impressive just to hear her Klimov jet engine (with in excess of 5900 pounds of thrust), spool up.

Warbird Notes
A well-kept secret is that we do possess another aircraft; a T-33 Silver Star, tail number 446. She is a black beauty, having served her time in the Royal Canadian Air Force stationed in Nova Scotia. Work did start on her in late 2017, with plans still afoot to rebuild her. Wait to hear more news about this restoration project! 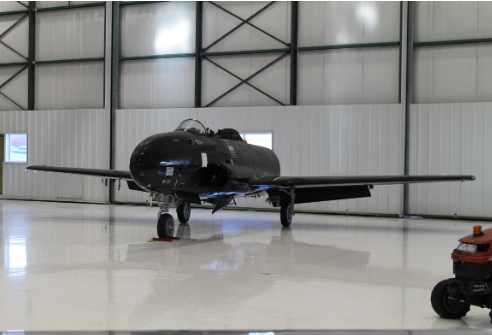 Ground schools for our fleet of four aircraft will again take place in late Winter and early Spring (first ones happening March 9 and 10). There will be one weekend set aside for two aircraft each, with one done on Saturday and one on Sunday. This is a members-only event, so please check the members page for more details as the year progresses. Ground schools involve significant education related to the planes and hands- on attention with each aircraft. This unique experience is well worth the small fee charged on top of becoming a Waterloo Warbirds’ member. Also included in a membership is the opportunity to participate in

Member Fly Days, where members receive exclusive and close access to the fleet as it is being readied to fly passengers.

New Waterloo Warbirds merchandise is being actively arranged for this flying season, watch for our booth at airshows or shop online through our website!

Here is to a very good 2019. We can’t wait to hear the roar of classic jets once again here at YKF!!